(author's note: ever since I started getting into Steampunk I've had this recurring difficulty of explaining what it is, which sends me flailing around for a definition. Finally I've decided that instead of trying to describe it, I'd just write a Steampunk story, and publish it on the blog in serial form. So without further ado, here's the first installment.) 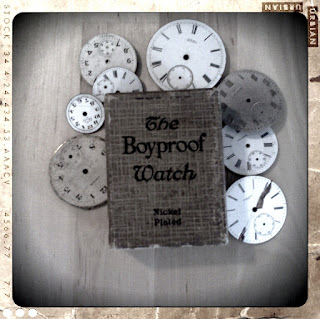 Professor Davenant Maskelyne consorted with spirits and lived with automatons. The public visited his Mechanical Theatre in droves and certain wealthy patrons had seen the inside of his workshop, but no one ever called upon him at home. He was too frightening.

There are men who seek to assume the façade of Mephistopheles, going through canisters of moustache wax and a wardrobe full of red silk shirts to try and personate the devil. Such spiritual braggarts rarely achieve any effect greater than mockery. But Professor Maskelyne looked like Satan all the time. Even in the bathtub, his long oily black hair and trimmed Van Dyke threaded into sharp points. His triangular crafty face had a natural rougish tinge, and on hearing his deep sinister laugh one simultaneously expected to see a sinuous tail with a barbed end dart out from between the tails of his frock coat.

Modern thinkers may suggest that the façade makes the man as much as the man makes the façade. For it is true that a man like the Professor might have begun his life with the soul of a saint, but when you sport the look of a lean Vice from a pageant play, what road is a man’s character supposed to take? When babies stare and sob in your presence, when fathers clutch their adolescent daughters as you pass them on the street, when a merchant hesitates to take your coins, as if fearing them heated—well. It gives a person a certain distant attitude towards humanity.

While they feared him, the Professor was always in social demand. He was a dabbler in obscure areas of knowledge and a master of some rare skills. Chief among these was clockwork. His automatons, many of which were featured in nightly performance in his theatre, were astonishing. Maskelyne understood clockwork not just as a scientist, but as an artist. His creations did everything he had designed them to do, and not just the ones that danced, strutted, declaimed and sang on his specially designed stage. The worker automatons that he built on commission swept floors, cleaned church windows and skittered through plumbing cleaning scum and splooge efficiently and without malfunction. What was more, his mechanizations performed their tasks with unmistakable flair and personality. His patented mechanical rodent-catcher would end each massacre by curling up and cleaning the blood off its needle-sharp fangs and razor-covered limbs with an oiling mechanism located in its “mouth,” raising each limb to lap them exactly like a cat washing itself. His mechanical housemaids would chuckle appreciatively if you slapped their brass bottoms. And his mechanical parrots not only flew around the room and pecked bird seed from your hand, but repeated random phrases overheard from their owners in high tinny voices.

His ingenuity made him rich, and his genius made him alluring. There was really only one aspect of his social personality that bothered people. He hated children.

That’s not to say that he was cruel to them. No one had ever seen him raise a hand to a child, even when it was the infamous Ashdown twins. During their mother’s dinner party they had escaped their German nanny and snuck under the dining room table, only to burst forth screaming during the asparagus soup. Maskelyne had leapt up with a start only to discover that his shoes had been tied, and he had tumbled with a thud at the feet of the Master Butler. Nevertheless, Mrs. Ashdown received a lovely silver bracelet a week later along with a short note of thanks for the invitation, and the matter seemed settled.

But for the next month, the twins complained separately and together of monsters hiding under the bed and behind the curtains, particularly a demonic monkey who squeaked when it walked and watched them with glowing red eyes as they slept. After Eustace had a screaming fit and Clovis had stopped eating, the pair were packed off to a boarding school in Trieste, where they were said to be happy, most probably meaning that they had reestablished their reign of terror.

Weeks later, the upstairs maid noticed that the curtains of the room and low sections of the wainscoting had strange dottings of dark oil. But since she had detested the boys she blamed them for the mess and said nothing to her mistress.
Posted by John Longenbaugh at 11:27 AM